Feral cats represent the greatest threat to many Australian wildlife species. They have been implicated in at least 27 mammal extinctions across Australia and currently threaten more than 100 native species, including mammals, lizards and ground nesting birds.

They not only prey on endangered wildlife but transmit diseases to pet cats, wildlife and humans, where the annual health costs of cat-borne diseases are estimated at over $8B a year in Australia. Ubiquitous across most Australian habitats feral cats are often indistinguishable from ranging pet cats which complicates control options.

Feral cats are notoriously difficult to control as they are reluctant to take baits or enter traps, particularly when prey, such as small native mammals, are abundant. All cats are fastidious cleaners that groom regularly. Thylation took advantage of this natural grooming behaviour by developing and patenting the Felixer, a novel, humane and automated tool to help control feral cats and foxes.

What’s in the name Thylation?

Thylacoleo (the marsupial lion) and Thylacine (Tasmanian tiger) were iconic Australian apex predators, which like wolves, lions and sharks once helped to balance the ecosystems they presided over. Extinction of these apex predators has allowed secondary predators, like feral cats and foxes, to decimate Australian species. Reversing this trend requires restoring the apex predator role.

Thylation is a verb coined to describe the reinstatement of the Australian apex predator capacity to protect wildlife threatened by cats and foxes. Although Thylacoleo and Thylacine can’t be brought back from extinction, thylation can be achieved through development of novel techniques to balance our ecosystems, mirroring the role of these once mighty marsupial predators.

Ecologists have long called for a better toolbox and techniques to manage feral predators. Thylation group of companies aim to enable conservation through innovation, the Felixer by Thylation is our first novel tool available to customers. 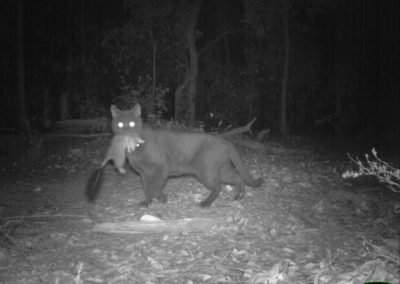 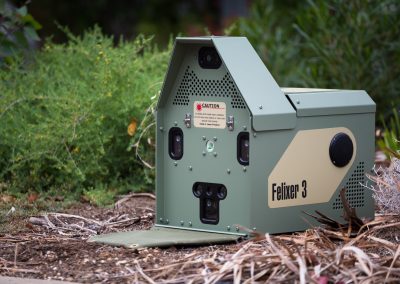